Can your superfood only diet affect your weight loss efforts? Yes, it 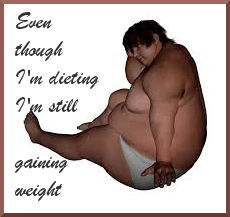 can. Not losing weight, or even gaining some, particularly around the upper and mid abdomen, regardless of dieting and calorie counting, may well be due to low stomach acid causing impaired digestion and gastro‐intestinal problems.

Many weight loss diets recommend drinking water before and during a meal as an appetite suppressant. This may not be such a good idea if suffering low stomach acid, as it can further dilute hydrochloric acid (HDL), exacerbating the problem.

The correct balance of stomach acid, sometimes referred to as gastric acid or gastric juice, is vitally important in maintaining a healthy body and digestive system.

The normal adult human stomach will secrete about 1.5 liters of gastric acid daily, the main constituent being hydrochloric acid (HCL), along with potassium chloride (KC1) and sodium chloride (NaC1).

There can be numerous reasons for low stomach acid, such as lifestyle and environmental issues, but diet is very often one of the main causes.

Low stomach acid, known as Hypochlorhydria, not to be confused with Hyperchlorhydria, excess stomach acid, is common in many vegetarians, and particularly in vegans, through a diet consisting of very little, or in the case of vegans, no animal protein of any description.

The absence of animal protein in the diet causes the stomach to slow down the production of HCL leading to low stomach acid and an increase in its alkalinity.

As the production of HCL decreases resulting in low stomach acid, it creates a vicious cycle of poor digestion and gastrointestinal problems, chronic inflammation of the gut, an increase in bacterial growth, a rise in stress hormones, leaky gut, and reduced absorption of nutrients.

Just as a matter of interest, did you know that stomach acid is strong enough to burn a hole through a lump of wood? Healthy skin would be fairly resistant and will not have a permanent effect if washed off within ten minutes, although if left on long enough most acids will react on human skin.

Any damage to the skin caused through overlong contact with stomach acid will be replaced naturally by new skin. A much stronger concentration of acid is needed to burn through the dermal layers and cause permanent damage.

So why doesn’t it burn a hole through your stomach? The stomach has an inner lining that protects it from the acid by producing an alkaline sodium bicarbonate solution that neutralize the acid.

In the previous article we looked at some of the more common problems associated with a sudden increase in fiber consumption through high fiber foods. These included:

These can also be associated with both low and excess stomach acid.

There is a long list of more serious problems that may be associated with low stomach acid, including:

how do you know if you have low stomach acid?

With the symptoms of both low and excess stomach acid being very similar it’s hard to tell which one you may be suffering from.

Unfortunately, due to the intense marketing of antacid products throughout the media, most people assume their problem is excess acid and resort to taking various forms of antacids, when, in many cases, it is the reverse, not enough stomach acid.

Taking antacid products, particularly over a period of time, if suffering from low stomach acid, will further reduce the production of acid and can lead to a more serious form of Hypochlorhydria know as Achlorhydria, a complete absence of stomach acid, which can cause some very unpleasant and serious health problems.

Although drug companies are well aware of the health problems caused through low stomach acid, why isn’t more done to warn people of the danger to health from low stomach acid? Purely and simply, PROFIT!

With annual global sales of OTC and prescription only antacids running into multi billions of dollars, is it any wonder the giant pharmaceuticals try to keep low stomach acid under wraps when it can be corrected mainly by natural methods unless there are some underlying health problems.

are there any tests for low stomach acid?

Yes, there are, and some you can do yourself: 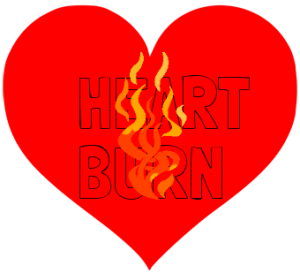 Food entering the stomach from the esophagus is mixed with gastric juices to form chyme, a thick acid mixture, which, after finishing eating, allows the stomach to complete the digestive process.

Once the digestive process is completed and the chyme has been brought to the correct pH level, the process of emptying the stomach begins, which may take up to one hour. In small amounts the chyme is slowly moved towards the pyloric sphincter, which has a one-way valve to prevent the chyme from regurgitating back into the stomach.

As the chyme reaches the pyloric sphincter the valve opens briefly to allow small amounts of chyme to enter the duodenum, and eventually the intestines, where nutrient absorption takes place.

Impairment of the digestion process caused through low stomach acid will not allow the chyme to do its work and causes it to sit longer in the stomach due the correct pH not being reached.

This, along with low stomach acid, creates an environment that allows the growth of microorganisms, caused through fermented carbohydrates sitting to long in the stomach. With this, and undigested food, excessive pressure will eventually build up in the stomach.

To relieve this pressure, the stomach forces the LES to open to relieve the pressure, allowing stomach acid to enter the esophagus.

Even though low stomach acid may be the problem, the esophagus, with its delicate lining, unlike the stomach, is not designed to deal with acid and even a tiny amount of acid entering the esophgus will cause acid reflux, better known as heartburn.

Occasional heartburn caused by low stomach acid is also a common symptom of Gastrointestinal Acid Reflux Disease (GERD), and, in most cases, can be rectified by improving stomach acid pH.

If the problem of acid reflux is allowed to continue on a regular basis over a period of time, it may result in tissue damage to the delicate lining of the esophagus known as erosive GERD.

Although there is no proven medical evidence that erosive GERD can cause cancer, a small number of people, around 10% of people suffering chronic GERD, may develop Barrett’s Esophagus, a pre-cancerous condition. Left untreated this may lead to a condition known as Esophageal Adenocarcinoma.

Even though around 10% of chronic GERD sufferers contract Barrett’s Esophagus, less than 1% will go on to develop esophageal adenocarcinoma.

Apart from the normal symptoms of GERD, there are no specific symptoms associated with Barrett’s Esophagus, but if experiencing any of the following, seek urgent medical attention:

Yes, it certainly is. Unless there are underlying health problems, what the drug companies don’t want you to know, it can be cured quite naturally by, in the majority of cases, a change of lifestyle.

Poor diet is very often the cause of low stomach acid. A diet consisting mainly of fast and processed foods and lacking in fruit and vegetables; processed sugar and foods high in sugar, including ketchup and barbecue sauces, used liberally on burgers and fries, do nothing to improve low stomach acid.

Changing to a healthy and varied diet will gradually improve stomach acid levels, but a course of Betamaine HCL with Pepsin may help until the stomach acid is at its optimum pH of 1.3-3.5.

Although taking Betamaine HCL is safe for most people it is always advisable to seek medical advice, particularly if taking other medications, as Betamaine HCL can react with anti-inflammatory medicines such as corticosteroids, aspirin, ibuprofen, and may cause ulcers or bleeding.

So, before reaching for the bottle of antacid pills or liquid, use the tests 1,2,3, listed above, to establish stomach acid levels.

If the tests indicate low stomach acid, before embarking on OTC medication, consult your medical practitioner as to the best course of action, as, apart from the preliminary test you have done, there are further tests that can be done under medical supervision.

Taking antacids may alleviate the problem temporarily, but will only make it worse by further reducing stomach acid levels, leading to possibly more serious health problems.

That’s about it. I hope this article has helped explain the serious dangers to health that can arise from low stomach acid that remains untreated.

In the next article on superfoods we’ll take a look at antioxidants.