antioxidants – Do we need them?

We all need various antioxidants to fight any imbalance of free radicals that may exist in our bodies and which can cause any number of different ailments, but don’t believe they are a magic bullet, the answer to all our ailments and health problems. Taking too much of a combination of antioxidants, or even a single antioxidant all at once can lead to problems, as can too little. 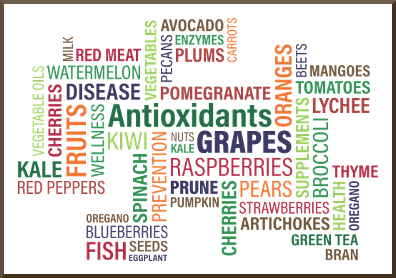 antioxidants – how much do we need?

Despite what advertisers and manufacturers of dietary supplements may tell you, that a lot is great, antioxidants are micronutrients and only needed in small doses.

Although our bodies need many different vitamins to stay healthy, there are four major antioxidant vitamins: vitamins C E A, and beta-carotene, a form of vitamin A, that we need. It is unlikely you can overdose by getting your vitamins and minerals from food, but supplements can be another matter, which we’ll deal with later in this article. Let’s look at the vitamins in the order they appear.