While researching on the internet for information on health and diet I came across a very interesting foods in the public domain showing pictures of the similarity between some foods and our bodily organs. All the pictures are in the … Continue reading →

fat – the heart of the matter – atherosclerosis: The Spanish, when wanting to wish you the very best that life can offer, will often lift their glass with the following toast: “To health and wealth and time to enjoy … Continue reading →

In 1911, in Moscow, Russia, a scientist named Anitschkow made the first discovery that later led to the identification of cholesterol as being the killer in 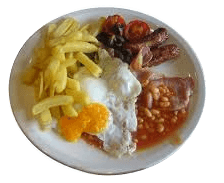 cases of hardening of the arteries. He gave the first clue to the role that fat in the blood vessels plays in causing heart attacks and strokes.

Professor Anitschkow fed animals with cholesterol, one of the purest of fats. He found that the arteries of these animals became blocked with fatty deposits in a manner indistinguishable from the blocking found in human arteries

The experiment also brought about premature aging in the animals; they grew old and suffered a loss of health and general vitality long before their time.

It was only after a gap of more than a generation after Professor Anitschkow’s discovery that scientists got on the track of the killer fat, but now the pursuit became highly active all over the world. The culprit was put on trial, and evidence for his conviction steadily mounted.

Some years later, doctors, working with research assistance from the American Medical Association, were working on the development of a new treatment for cirrhosis of the liver caused by alcoholism.

They were feeding fats, including cholesterol, to experimental animals for the purpose of producing cirrhosis in them. New chemicals were then to be tested, to see whether one of them might be useful in curing this disease.

To their amazement they found that, in feeding the fat, they not only produced the liver condition, but that the heart blood vessels of the animals became plugged with fat, mostly cholesterol.

Within a short time, the animals developed heart disease, just as it occurs in humans, and suffered changes common to human beings with atherosclerosis.

This fascinating discovery increased the interest in the challenging problem of fat and its effect on the heart, and stimulated further research for clues and answers to this universal illness, which is still the major cause of death, particularly in the western world.

As a result, doctors and research workers decided to carry the hunt still further. They wanted to track down this killer and to discover, if they could, how to ward off this devastating attack.

First, they posed the question: “Is Cholesterol And Excess Fat Present In The Blood Of Everyone With Atherosclerosis?”

The answer came after two years of work. They studied two hundred patients who had had heart attacks and discovered that the great majority, and particularly those under sixty, suffered from an excess of fats in their blood. Other patients who showed a normal level of cholesterol also had other blood fat abnormalities.

It soon became clear that cholesterol was not the only important heralding factor announcing the approach or actual presence of atherosclerosis.

Several other fat components were involved: beta lipoproteins; fat enzymes called cholesterol esterases; large fat globules, circulating in the blood after a meal, called chylomicrons; and special large complexes of fat molecules which were discovered by a Dr. John Gofman and his team of biophysicists.

It later became established that excesses or abnormalities in any one or more of these five “public enemies” are directly connected with the production of a heart attack, a stroke, or other complications of atherosclerosis.

It is, therefore, perfectly possible to have a normal cholesterol blood level and yet have some of the other above abnormalities in the fat chemistry of the blood that help produce a heart attack or stroke.

Later, while studying two groups of atherosclerosis, the cholesterol factor was found to be the predominant one. This was due to the fact that it is a very frequent finding in atherosclerosis, and also because of the great difficulties encountered, both by physicians and scientists, in measuring the other four culprits mentioned above in the development of atherosclerosis.

What About The Factor Of Heredity?

As research continued and information piled up, another fact became clear. Of the two hundred people studied, a substantial number had a family history of heart attacks or strokes. That is, members of their families were particularly susceptible to these two diseases. These people seemed to be unfortunate links in an heredity chain.

Eventually, two doctors, David Adlersberg and Charles Wilkinson, Jr., discovered that in some cases an excess of cholesterol in the blood was an inborn error of fat metabolism. Inability of some people to handle fat in their systems made them especially prone to atherosclerosis.

This hereditary tendency could sometimes be traced accurately through the family of a patient; in those cases where the tendency was strong, deposits of fats in the arteries and skin could be predetermined according to Mendelian, an Austrian monk and biologist whose work on heredity became the basis of the modern theory of genetic, or genetic laws of inheritance.

As research continued it was discovered that the coronary artery that is damaged by an attack of atherosclerosis has four times as much cholesterol and fat content as that of the person who dies of causes other than heart attacks.

Subsequently, these findings, corroborated by investigators, both in the US and abroad, in tracking down the “killer” fat to his lair directly in the artery itself.

It was also noted that high blood pressure had the special effect of driving the cholesterol and fats into the artery wall with more speed and greater destructiveness than would normally be the case.

Many patients with high blood pressure are particularly prone to heart attacks and strokes because of the extensive destruction wrought in their arteries by these fats.

Other Conditions That Can Cause
Heart Attacks And Strokes

To find other causes that may lead to heart attacks and strokes, the hearts and arteries of six hundred hospital patients who had died of various causes were studied.

After years of analysis it was reported that in one hundred cases of accidental death the great majority of men and women studied showed some degree of fatty deposits in their arteries.

This was true in cases of people as young as twenty, indicating that fat is a killer that is no respecter of age. He often begins his work very early in a person’s life.

In both instances, these patients showed excess cholesterol and fats in their blood, with a correspondingly high-fat content in their arteries. The degree of atherosclerosis of the heart and brain far outstripped that of any other condition, except one called xanthomatosis.

This condition shows itself through fatty, yellow-white deposits in the skin around the eyes, hands, arms and legs. Whenever this condition was found it was also found that the arteries throughout the body, and especially in the heart, were most extensively damaged by fatty deposits.

In people who were thin and wiry throughout their lifetime, the occurrence of atherosclerosis was, in general, much less than in all other cases. Women before the age of fifty also proved to be much better protected against degenerative artery disease than men.

After fifty, however, women began to develop heart attacks and strokes with the same frequency as men. The conclusion was that female sex hormones played an important role in providing protection against the ravages of atherosclerosis.

As soon as the change of life occurred in women, the protection of these hormones seemed lost; they then became the equals of men in suffering from heart attacks and strokes.

The Role Of The Liver In Protecting You From Excess Fats

The liver manufactures a protective chemical substances called phospholipids. These phospholipids in the blood help to ward off the effects of too much fat and help to protect you from heart attack. They suppress the damaging effects of cholesterol upon the arteries of the heart and brain.

If your liver is not functioning normally and producing a sufficient quantity of these protective agents, you can find them in certain foods. Some foods that contain phospholipids in abundance are soya beans and the liver of calves, steers, lambs, and chickens.

The Vitamin-B complex vitamins also have the ability to increase the blood phospholipids. Defatted soya bean lecithin in particular is an ideal preparation for increasing these protective phospholipids in the blood.)

How The Low-Fat Diet Proved Its Value

Throughout the world, fats and heart disease appear to be inseparable companions. When investigators found one, they generally found the other, no matter in what countries they searched. They also made an interesting comparison between different countries and cultures.

In countries where a low-cholesterol, low-fat diet are common among the population, like Asians, Africans, Costa Ricans, Okinawans, Chinese, Sri Lankans, and Bantus, the scarcity or absence of heart, brain, and vascular disease was notable in those populations.

This goes a long way to help prove the dangers of diets high in fat and cholesterol. In sharp contrast, the exact reverse was found in those parts of the world where a high-fat diet is prevalent.

A high rate of atherosclerosis of the heart, brain, and kidney are common in the countries of Europe and in the United States and Canada.

Pathologists, doctors, and medical researchers, have since produced overwhelming evidence to show that when blood cholesterol and fats are high, the arteries were correspondingly high in the degree of damage or destruction by atherosclerosis.

When the blood levels of fat were low, the damage to heart and brain was also low. 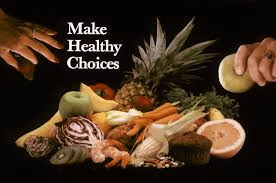 health. In a study of men and women, it found that, a substantial weight reduction of about twenty pounds was achieved by both men and women on the low-fat diet.

Among this group was a stocky, short man weighing 180 pounds, who had just recently recovered from a coronary thrombosis. but now complained of great fatigue and shortness of breath on exertion. For his height and bodily frame, he was easily thirty-six pounds overweight. On the low-fat diet he lost a pound each week!

At the end of the year he weighed 125 pounds. In his own words, he “felt like a million dollars”. He found himself vigorously back at work again, clambering about his construction jobs and housing projects with ease and enjoyment.

The participants on the low-fat diet also gained some remarkable and unexpected health dividends. Many of the group also said that they experienced a striking improvement in energy and vitality. See: Diet: Fat

There are many well-documented testimonials from people who, for various reasons, embraced the low-fat diet, saying that they lost weight, found energy they never thought they had, and felt fitter and healthier than they ever had.

Now that we know that fat, mainly cholesterol, is guilty, let it act as a spur to keep this silent menace from destroying your heart and your health.

As always, all the content on this page is for information only and advice from your doctor or other suitably qualified persons should be sought before starting any weight loss or fitness programs.

Obesity – an ever-Increasing problem One of the problems evident in a modern developed society is the ever increasing number of people suffering from being overweight or obese due to bad diet. In the US, seventy percent of the adult … Continue reading →

sleep disorders and weight loss It is a well documented and accepted fact that “a good night’s sleep” not only plays an essential part in maintaining a healthy body but also in healthy weight loss, and suffering from sleep apnea … Continue reading →